Who Are the Winners and Losers in the USMCA? 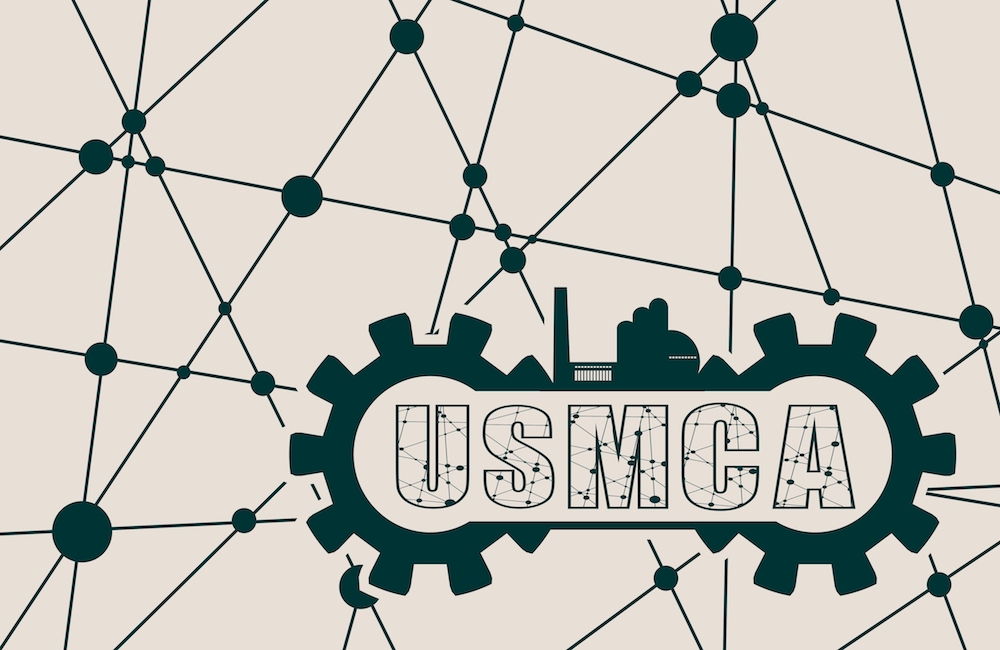 The United States Mexico Canada Agreement (USMCA) was signed by the namesake countries’ leaders in November 2018. (You can read the text of the USMCA here.) After a lengthy ratification process, it was passed with bipartisan support by the U.S. House of Representatives in December 2019 and by the Senate on January 16, 2020. As of this posting, the bill awaits President Trump's signature.

The USMCA is just one of the many changes to international trade laws that have been pushed by this administration since Trump took office in 2017. Trump had argued that the terms of the North American Free Trade Agreement (NAFTA), signed into law by Canada, Mexico, and the United States in 1994, were unfair to the U.S., and thus needed to be scrapped.

While the trade deal between the three countries now has a new name, the reality is that it is not entirely dissimilar from NAFTA. As a result, many industries will see few changes with USMCA.

Key differences between USMCA and NAFTA

Under USMCA, automobiles must have 75% of their components manufactured in Mexico, the U.S., or Canada to qualify for zero tariffs, up from 62.5% under NAFTA. Also, 70% of a vehicle's steel and aluminum must be purchased from North American producers. In addition, at least 30% of automobiles must be made by workers who earn at least $16 an hour, a figure that will rise to 40% or 45% by 2023.

Mexico agreed to pass new labor laws to give greater protections to workers, including migrants and women. The laws are intended to make it easier for Mexican workers to unionize. Many industry experts say that the Trump administration pushed hard for the labor laws because they should cause wages to rise in Mexico, making it less attractive for companies to move factories south of the U.S. border.

Canada will restrict how much dairy can be produced in the country and how much foreign dairy can enter to keep milk prices high. The U.S. will gain tariff-free access to 3.6% of Canada's dairy market, and U.S. farmers will be able to sell more of their agricultural products in Canada without being subject to Canadian pricing provisions. The USMCA also allows more sales of U.S. eggs and turkeys to Canada.

The USMCA extends the terms of copyright to 70 years beyond the life of the author, up from 50 under NAFTA, and contains more stringent protections for patents and trademarks, including those for biotechnology, and financial services. It also includes new provisions to deal with the digital economy, and has protections for internet companies and for internet domain names.

Industries that will be most impacted

Only a small number of industries are expected to be significantly affected, as most of what is new in the USMCA consists of updates to existing NAFTA policies.

Some economists argue that the major overall effect of the USMCA may be the imposition of more regulatory demands that end up hurting rather than helping North America’s global competitiveness. Others say that it will provide much-needed supply chain stability, primarily through the removal of the use of tariffs as a tool for handling trade disputes.

The following sectors may experience changes once USMCA actually gets signed and goes into effect.

The auto-related provisions of the USMCA are expected to raise production costs for North American automakers, as well as the price consumers pay for cars. The cost of manufacturing autos and auto parts in Mexico will rise as worker wages and unionization increase to remain in compliance with the agreement. Also, the agreement incentivizes automakers to manufacture more car parts in North America. Reliance on inexpensive imported parts will decrease, which will drive up production costs.

The USMCA also may encourage a shift in auto-part production to the U.S. from Mexico and Canada. While parts production is often cheaper outside the U.S., most auto manufacturing plants are located in the U.S., and auto parts makers may find it advantageous to locate facilities near auto assembly plants to minimize supply chain delays.

Iron and steel producers are likely to benefit from the requirement that 70% of a vehicle's steel and aluminum must be purchased from North American producers for those vehicles to qualify for zero tariffs, but the full benefit of the requirement will not be immediately available. This is because a provision that steel must be "melted and poured" within the USMCA countries to qualify for the tariff exemption will be phased in over time.

While agricultural agreements are among the major changes brought by the USMCA, they are not expected to have a major impact on any of the participating countries. Exports to the U.S. from Mexico and Canada are not expected to change, and the Canadian market is not large enough for the increased access won by U.S. negotiators to generate significant new demand.

Some industry experts say that while U.S. agricultural exports to Canada may increase by about $70 million per year as a result of the USMCA, the U.S. has sent well over $600 million worth of dairy products to Canada during each of the past several years.

How USMCA may impact your business clients

As you think about how this new trade deal may impact your clients, consider the industries adjacent to the ones listed above.

For example, once USMCA goes into effect, auto parts and automobile manufacturing plants may see an increase in their sales, however, they will also experience cost increases. Auto dealerships and auto parts retailers will likely experience the trickledown effect of these cost increases in the coming months and years. Such retailers will have to make decisions about taking the hit or passing the price increase on to their customers, which may impact their sales.

Iron and steel producers, which have seen steady declines in production and prices because of competition from China, may see a boost in their sales. This could in turn benefit their suppliers like iron ore mining companies and scrap metal recyclers. Industries that use iron and steel, like metal fabricators and steel products manufacturers, may notice an increase in their costs with this increased domestic production, however.

Using Vertical IQ to get the USMCA scoop

There are several ways to use the Industry Intelligence on Vertical IQ to understand the impacts to your business clients—positive and negative—that may accompany the implementation of the USMCA.

First, check out the Quarterly Update within the Industry Profile for those industries that are directly impacted by this new trade deal, such as auto parts manufacturers, dairy farming and dairy products manufacturers, and iron and steel mills. Here you will find the latest details about changes that may result from the USMCA.

This information can make for a great conversation starter with a prospect or talking point for your next client meeting.

To learn more about the USMCA, you can visit the U.S. Department of Commerce International Trade Administration USMCA website.

>> Learn more about how USMCA may impact your business clients. Visit https://verticaliq.com/ to get started for free today!