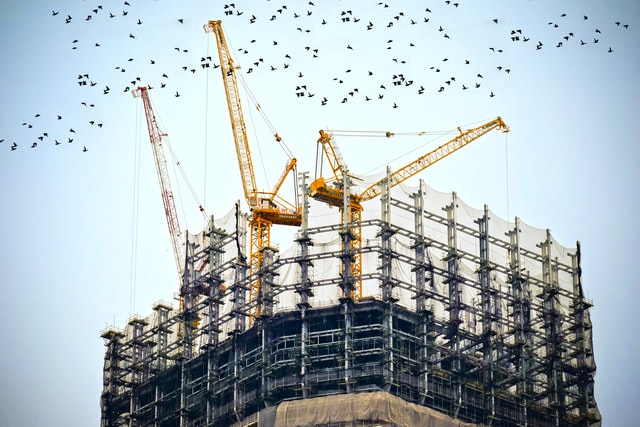 This week, the Census Bureau released data on total construction spending for July, and the news is somewhat mixed, though residential construction remains a high point.

While you might expect the pandemic to have exacted a heavy toll on construction spending, the numbers tell a different story on the whole. During the first seven months of 2020, which encompass the throes of the pandemic’s shutdowns, construction spending totaled to $792.6 billion, which is actually 4.0 percent above the same period in 2019 ($761.9 billion).

Private vs. public funding for construction

Spending on private construction was up slightly from June, reaching a seasonally adjusted annual rate of $1,013.5 billion in July, which is 0.6 percent above June ($1,007.2 billion).

Nonresidential construction, on the other hand, was down slightly from June to July, at a seasonally adjusted annual rate of $466.9 billion, 1.0 percent below June ($471.6 billion). The biggest decreases in private nonresidential versus year ago were in:

But the news isn’t all gloom; July’s numbers actually represent a 5.1 percent increase over July of 2019 ($334.2 billion). For example, public spending on construction of residential buildings is again a bright spot in the July report. Those figures rose 1.9 percent from June to July, reaching $ 8.854 billion and an impressive 41 percent compared to July of 2019 ($6.279 billion).

Other winners versus year ago on the public construction side include:

You can find out more about how these and other industries have been impacted by COVID-19 by visiting our free COVID-19 webpage.